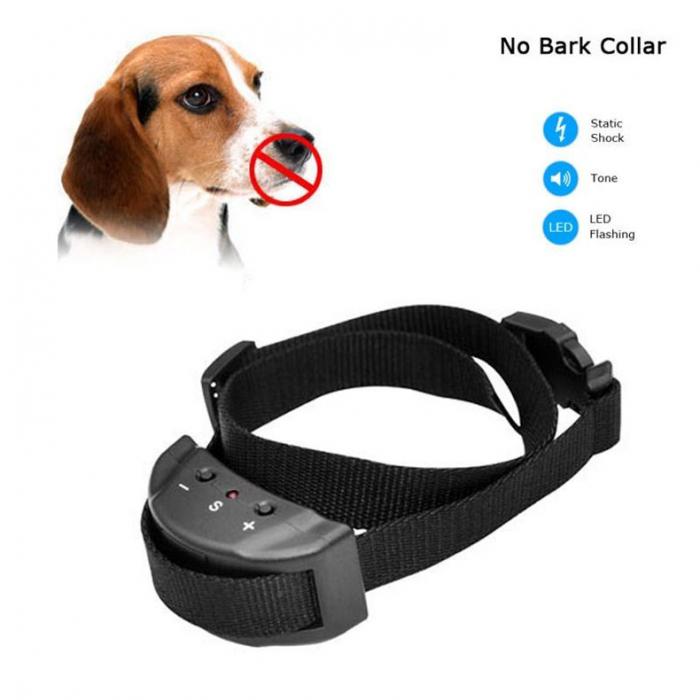 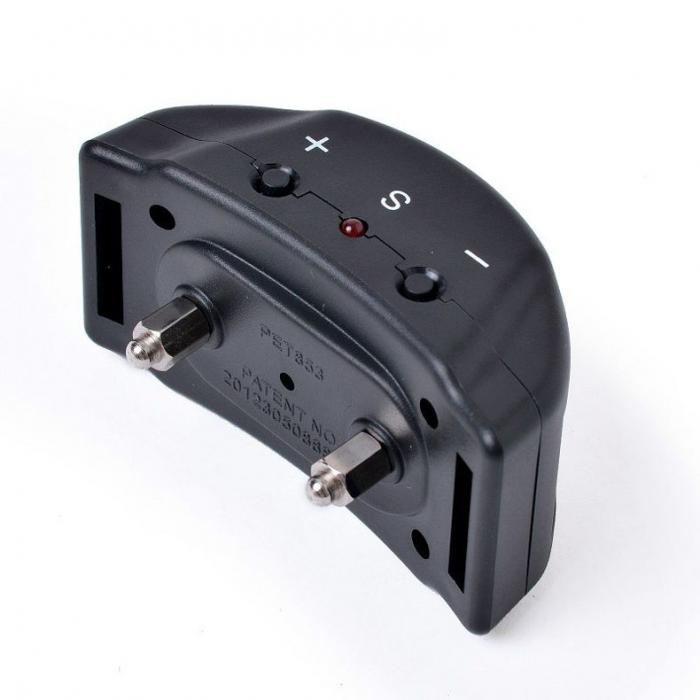 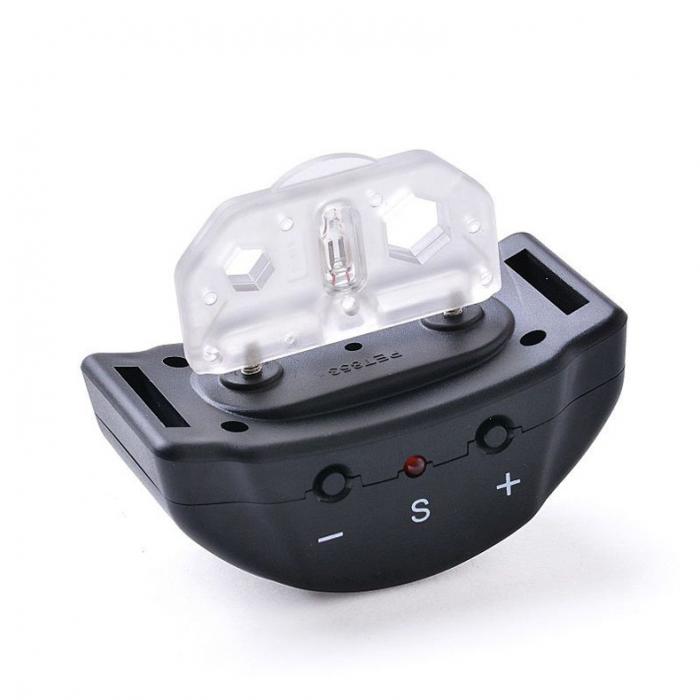 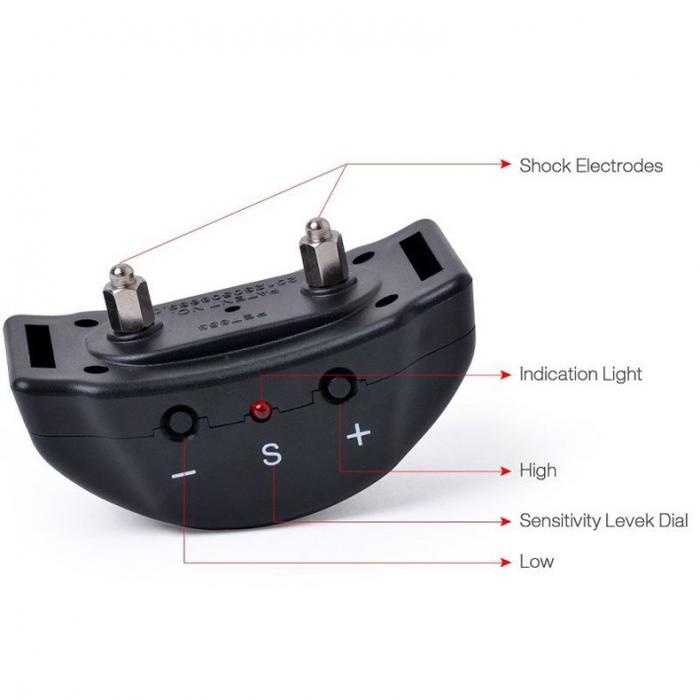 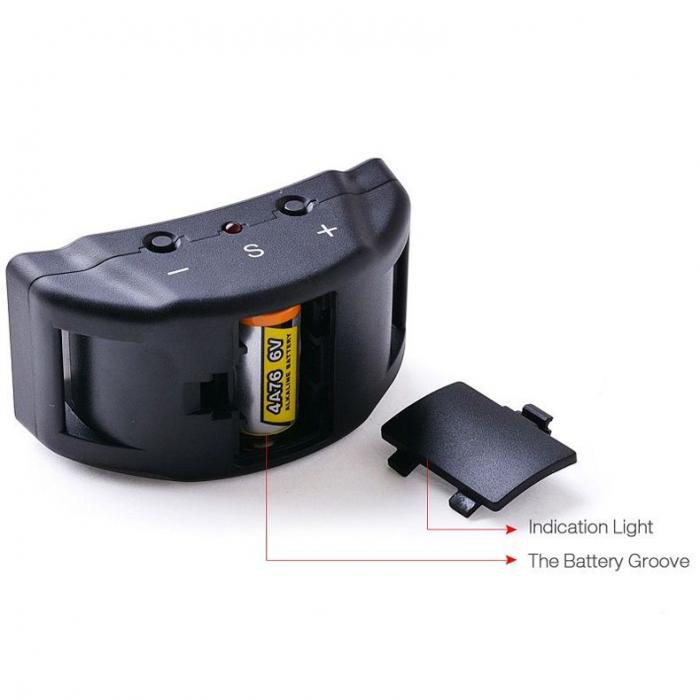 Feature:
100% Brand New!
Checking seriously and package best before shipping.
At the first bark, PD 853 Anti-bark Collar applies a short warning tone.
If a second bark occurs within thirty seconds,
a more intense tone is sounded.
From the third bark a more intense tone
is sounded along with a short,mild shock.
This pattern is repeated through 7 correction levels.
the first two levels are only with progressively warning tone.
If your dog continues to bark through the rest five levels,
the more intense sound and shock
are applies after each bark until your pet stops for thirty seconds,
and then Anti-Bark Collar will automatically resets
to the first “tone only level of correction. To protect the dog,
if the continuous stimulus reaches the 7 levels,
then the collar will stop working for 1 minutes.
The use of the warning tone followed by increasingly intense tones
and shocks sets up a pattern that your dog will quickly learn is
caused by its own barking. It takes time to break bad habits.
When your dog forgets and barks again,
the warning tone reminds your pet without immediately
applying painful stimulus.
At each step, your dog gets to choose
whether it's worth the increasing pain to bark again.
We have found this technique of progressively increasing sound
and shock is not only more humane,
it is more EFFECTIVE in breaking the barking habit than
conventional shocking bark control collars.
PD 853 can be adjusted to control the sensitivity of the voice,
according to the size of dogs barking.